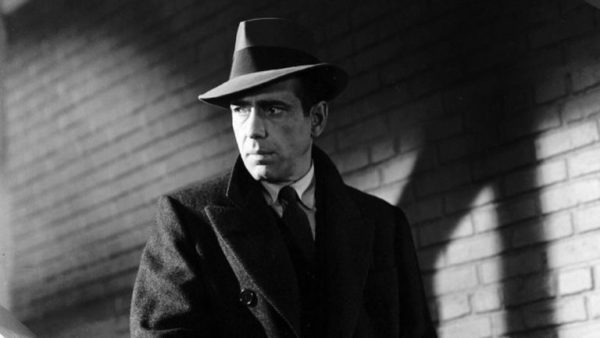 As the first-time published author of Canal Pushers, it is taking some time for me to really get to know the underworld of crime fiction – its variety, its characters and its language. Until recently, my main understanding of noir was preceded by the word Pinot and comprised a red grape variety of the species Vitis vinifera.

But since joining the CWA I have been introduced to many different versions of noir – largely thanks to the erudition of a high-priest of the genre called Barry Forshaw. Of course, I have always been a huge fan of American noir – the hard-boiled fiction of the 1930s and 1940s characterised by Dashiell Hammett, Raymond Chandler and W R Burnett. Their dry, laconic heroes prowl the mean streets and yet are men who are ‘not mean, tarnished or afraid’. They do, however, have lines which make you want to hug yourself in glee such as: “She was a blonde. A blonde who’d make a bishop kick in a stained-glass window” or he felt “as inconspicuous as a tarantula on a slice of angel cake.” I always wondered if such solitary and conflicted characters were intrinsically and exclusively American until I met the Berlin detective Bernard Gunther and marvelled at the achievement of his creator, the much-lamented British writer Philip Kerr.

Barry’s articles have described how American noir with its cynicism, fatalism and moral ambiguity developed into British and Euro noir – art forms which grew out of the Second World War and the anxieties and social upheavals it created. One commentator claims the first use of noir as an adjective happened as late as 1958. Now, however, it seems to have become a term that can be quickly and handily attached to a whole range of crime writing sub-genres.

Two of the biggest beasts in the crime jungle, of course, are Scandi noir and Tartan noir. Scandi, or Nordic noir, features self-sacrificing detectives from snow-bound countries where the winters are cold, dark and long and the summers have midnight sun. Kerstin Bergman from Lund University says Scandi noir features brutal crimes often in quiet and/or safe communities and usually features bleak settings, complex plots, tortured protagonists and strong women characters (ie Stieg Larsson, Jo Nesbo). I have just finished Will Dean’s Dark Pines (another recommendation via the lively and active crime-writing and blogging community on Twitter) and as a Brit who moved to Sweden in 2012, he seems to nail the Scandi noir tropes with real style.

But it is Val MacDermid to whom I am grateful for the introduction to Tartan noir and an understanding how it began with Laidlaw by William McIlvanney in the late 1970s. Since then MacDermind, Rankin, Denise Mina and many others have created a national export industry with work characterised by a Scottish identity and sensibility which emphasises the lives of working-class people and is fuel-injected by the political conversation over independence.

It was only last week, however, that I discovered my mother-in-law’s 801-page Christmas present, Tombland by C.J.Sansom, was a classic example of the sub-genre known as Historical noir. The knowledge doesn’t make me feel differently about the Shardlake series but there is a quiet comfort to be had in understanding its connectivity with Ellis Peters’ crime-solving monk Brother Cadfael or Umberto Eco’s The Name of the Rose (1980). The fusion of great historical fiction with crime fiction alludes to another characteristic of the emerging noir sub-genres – the shotgun marriage of different creative families.

Such fusion is evident in Tech noir which fuses Sci-Fi with Film noir in very satisfactory ways. Tech noir, I have learnt, was the name of an extraordinary night club scene in the 1984 movie, The Terminator. In fact, Tech noir is also the name of the club and as such is a knowing description by the director James Cameron of his wider creative-fusion project – and one he had already used two years earlier in Blade Runner. Cinephiles now refer to the further development of Tech noir as Neo noir in more recent films that demonstrate dark twisted wit with updated themes, content and style such as The Matrix, The Dark Knight and even Blade Runner 2049. They may be the latest releases in our cinemas, but they pay homage to the original Film noir with their techniques – tilted camera angles, the interplay of light and shadow, unbalanced framing – and their themes such as the blurring of lines between good and bad and the motif of revenge, paranoia and alienation (ie Sin City or Drive).

So where does one draw the line at the continuing appropriation of the noir tradition? Rom Bouman wrote, “If your book, like mine, has an all-terrain vehicle chase of a fistfight over a deer rifle in the middle of a swamp, somebody somewhere is going to call it rural noir”. Rural noir? Dark and dangerous stories have been set in the American countryside ever since James M Cain began The Postman Always Rings Twice with the line, “They threw me off the hay truck about noon…” So, I guess you know what you’re going to get when an over-excited publisher uses the back cover to claim a book as Swamp noir, Southern noir, Hillbilly noir or any of the other versions of Rural noir.

In recent weeks I have also read about Domestic noir and even Chum noir – answers on a postcard please! But if that’s the way the world is going, I now offer you an exciting new classification in the noir sub-sets. It is called Canal noir. How else could you describe a crime thriller in which a flawed but honourable hero buys a 64-foot-long narrowboat and becomes embroiled in life-threatening complexities with an organised drug dealing gang and a serial killer who prowls the towpath and uses a particular technique to drown unsuspecting passers-by? Canal Pushers, published this month by Orphans Publishing, is based on real-life stories of a serial killer who may or may not be active in Greater Manchester. It is the first in a series of novels which follow Jack Johnson and his boat, Jumping Jack Flash, around the country and so the special characteristics of Canal noir will become clearer as the series unfolds. But in the meantime, a man who is not mean, tarnished or afraid is prowling the mean waterways of the UK. Come on in…the water’s noir.