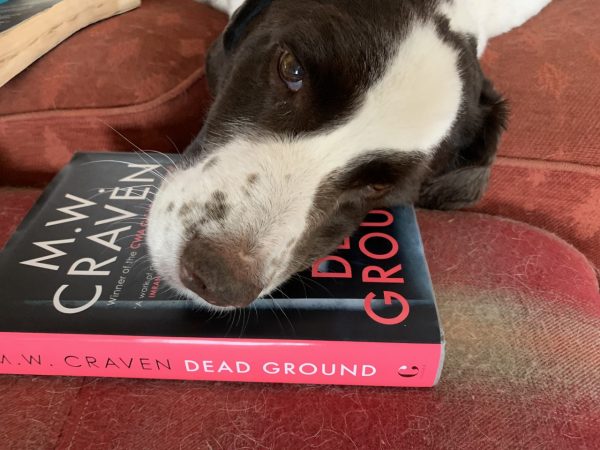 What a main character is M.W.Craven’s Washington Poe. Poe is a detective sergeant in the National Crime Agency – the UK’s version of the FBI. He may have dubious eating habits that are dominated by beer and sausages, but he has a first-rate mind matched with the tenacity of a border terrier. Team him up with a young woman called Tilly Bradshaw – who is both a socially awkward innocent and a computer genius – and you have a formidable and memorable investigating duo.

The pair have formed a deep friendship that Craven captures beautifully in their crackling dialogue. It is their complementary characters and this relationship which has evolved into the mainspring of this series of novels (The Puppet Show, Black Summer and Curator). Poe is a good guy. He lives in a croft that he restored himself on the Cumbrian Hills with a springer spaniel called Edgar and defers to no-one in his search for the truth – especially if they are figures of authority. He is deeply protective of Tilly and vice versa as they cover each other’s faults and second guess each other’s thoughts. Much of this is hilarious and endearing to the reader but comically baffling to some of the other characters in the books. I particularly liked the elegantly dressed and upper class spymaster Alastor Locke in Dead Ground. He regularly locks horns with Poe but ultimately both gain a measure of mutual respect.

This time Poe and Tilly are drawn into a plot involving MI5, an imminent international trade conference, an antique smuggling operation and the repercussions of a military operation in Afghanistan which went badly wrong. The pace of plot development is furiously fast with short chapters – no less than 110 of them. Each ends with a cliff-hanger or a twisting moment of intrigue which keeps you turning the page late into the night.

Craven was himself a soldier before becoming a probation officer and he uses this first-hand knowledge in the military strands of the book to provide colour and credibility. Even as the son of a 21-year career soldier, I had no idea that when a squaddie asked, ‘How’s your bum for spots,’ it was his uniquely British squaddie way of asking after someone’s health.

Dead Ground feels slightly lighter in tone than its predecessors with fewer examples of sadism and not so many gruesome deaths. But it has the same energetic verve and confidence as well as intriguing hints of more slow-burning plot lines which are still to play out in later books – not least the identity of the American who raped Poe’s mother during a party at the British Embassy in Washington and who is his real father.

I have little doubt that Dead Ground will further swell Mike Craven’s growing army of followers who are already scanning the horizon for book five in the series.